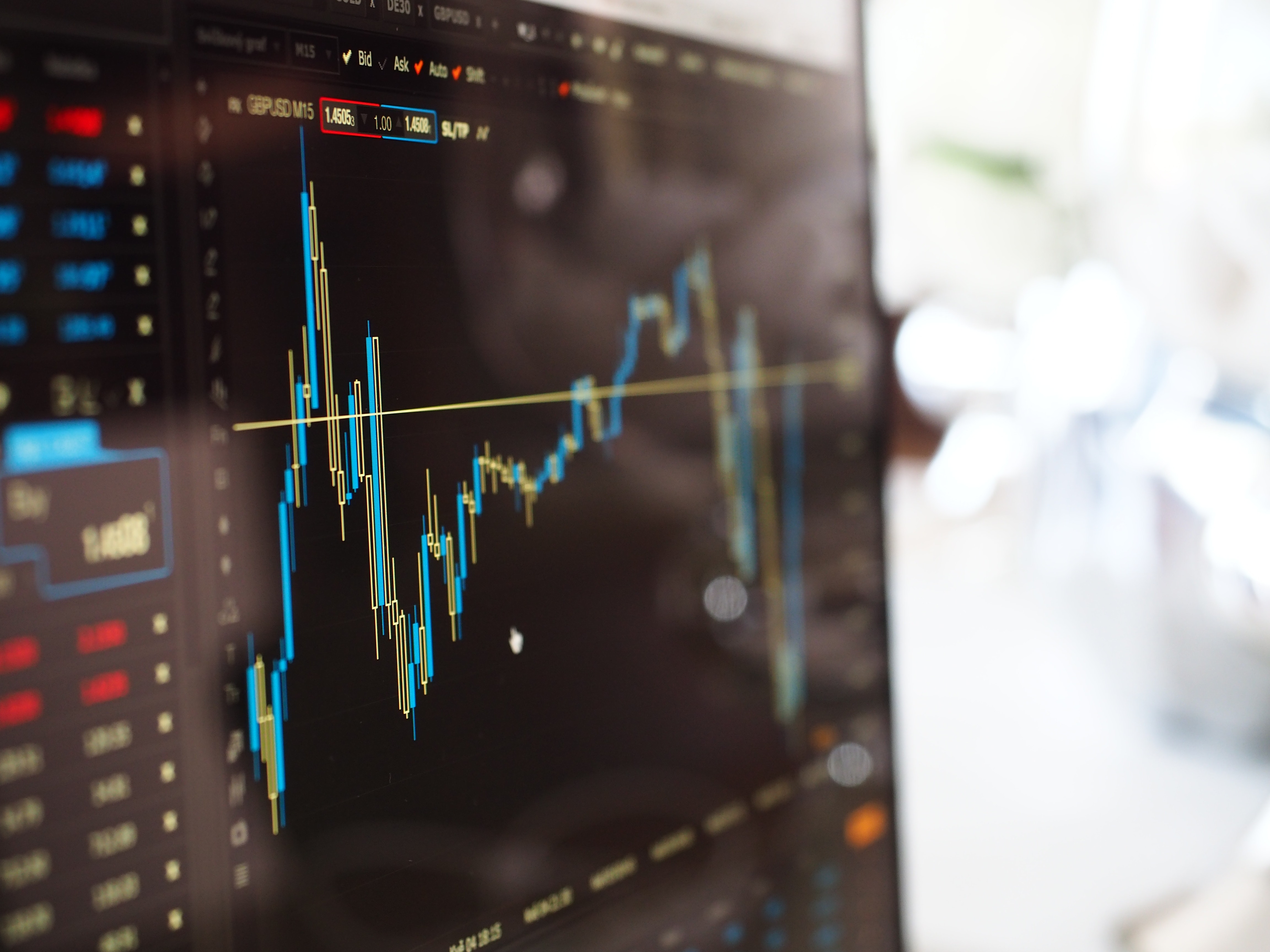 Red Cat stock is rocketing higher, especially on Tuesday thanks to news that it’s acquiring Teal Drones for an undisclosed sum. Red Cat is a provider of technology to companies in the drone industry. By the acquisition of Teal Drones, a commercial and government unmanned aerial vehicle technology leader, the company will now be able expand deeper into the enterprise and government spaces. Pop Culture Group led as the top loser for second week.

The major indexes lost some ground to end the week lower. Market activity was generally subdued despite the kick-off of second-quarter earnings reporting season. During the week, 21 S&P 500 companies were scheduled to report results, according to Refinitiv.

Growth and inflation data appeared to remain in the spotlight during the week. Oscillation in the Treasury market continued to behave as if inflation rates and growth rates could be peaking. The S&P 500 Index and Nasdaq Composite reached new intraday highs at midweek before falling back on Tuesday, following the release of data showing consumer and producer prices ran hotter than expected in June and retail sales data for June that beat expectations.

From a sector perspective, advancing sectors were led by Utilities sector at 1.80%, followed by Communications at 0.54%, Consumer Non-Durables (0.43%), and Health Services at -0.40%.

The week started with each of the major indexes closing at record highs, but that's about as good as it got. They each finished lower as the market turned defensive. Shares in Europe fell on concerns that central banks might tighten monetary policy sooner than expected to quell inflation. Asian stock markets registered modest gains for the week in a choppy trading.

Oil prices stayed under pressure for the week on expectations of more supply hitting the market after the major global oil producers came to a compromise about supply and after U.S. data showed a poor weekly reading on demands.

Saudi Arabia and the UAE had reached an accord to boost supply over the weekend. On Sunday, OPEC+ ministers agreed to increase oil supply from August to dampen prices that earlier this month climbed to the highest in 2-1/2-year as the global economy recovers from the COVID-19 pandemic.

For the monthly report read last week, the International Energy Agency (IEA) said the oil market should expect tighter supply for now due to disagreements over additional output levels. While OPEC, also in its monthly report, said it still foresees a strong recovery in world oil demand for the rest of 2021, and predicted oil use in 2022 would reach levels similar to before the COVID-19 pandemic.

As earnings season got under way, the major U.S. stock indexes retreated slightly from the record highs they had set the previous week. The Dow slipped around 0.5%, the S&P 500 fell about 1.0%, and the NASDAQ declined 1.9%.

A monthly measure of U.S. consumer prices rose at the fastest pace since 2008. June’s CPI rose 5.4% from the same period a year earlier, surprising many economists who had expected the recent spike in inflation to moderate.

Shoppers were in a buying mood again last month as retail sales rose 0.6% in June relative to the previous month. Spending had slowed through most of the spring after surging earlier in the year due in part to federal aid to households designed to spur economic recovery amid the pandemic.

As of Friday, 85% of the S&P 500 companies that had reported Q2 results exceeded analysts’ earnings estimates, according to FactSet. That so-called beat rate ranks above the 75% 5-year average. Results were in from 8% of S&P 500 companies as of Friday, with many of the early reports coming in from major banks.

The world’s second-largest economy has recently been recovering from the pandemic at a much slower pace than it had at the start of the year. China recorded a 7.9% Q2 GDP, down from a record 18.3% rate in the Q1. China’s government has set a full-year growth target of more than 6.0%.

The UK remains on course to lift its remaining COVID-19 lockdown controls on Monday, even as the number of coronavirus infections surges. While France and Netherlands reimpose restrictions.

On a year-over-year basis, total CPI was up 5.4% and PPI were up 7.3%. Total retail sales increased 0.6% m/m in June. The University of Michigan’s preliminary gauge of consumer sentiment fell back to its lowest level since February, driven largely by inflation worries.

Fed Chair Jerome Powell’s scheduled testimony before Congress on Wednesday and Thursday eased the negative impact of the inflation data on markets. While acknowledging that the recent spike in inflation was larger than he expected, Powell repeated his view that inflation pressures are temporary and “substantial further progress is still a ways off” in terms of the Fed’s employment and inflation goals. Before raising short-term interest rates, the Fed is widely expected to begin tapering asset purchases designed to keep downward pressure on long-term rates. On Thursday, Chicago Fed President Charles Evans voiced concern about tapering too early, warning it could undercut the Fed's objectives.

The yield on the benchmark 10-year U.S. Treasury note jumped briefly following the release of the retail sales data but ended lower for week. (Bond prices and yields move in opposite directions.)

Core eurozone government bond yields also fell, tracking the move in U.S. Treasury yields, as U.S. Federal Reserve and ECB officials reaffirmed the view that inflationary pressures would prove to be transitory. Concerns about the rapidly spreading Delta variant of the COVID-19 also weighed on yields.

UK gilt yields ended roughly flat, as higher-than-expected inflation and hawkish commentary from two BoE policymakers offset some of the downward pressure on yields from the move in U.S. Treasuries. UK consumer price inflation increased to 2.5% in June—the highest level since August 2018—and up from 2.1% in May. The UK remains on course to lift its remaining COVID-19 lockdown controls on Monday, even as the number of coronavirus infections surges.

All in all, it seemed like the stock market cooled off in part because of the confounding price action in the Treasury market. We'll see what happens next week when a host of non-financial companies report earnings.

Growth will likely slow as the economic cycle moves from recovery to expansion. But it will remain robust in our view, supporting the case for improved performance of cyclical sectors and value-style investments.

Important U.S. economic data being released this week including the PMI composite, housing starts, and the leading economic indicators. 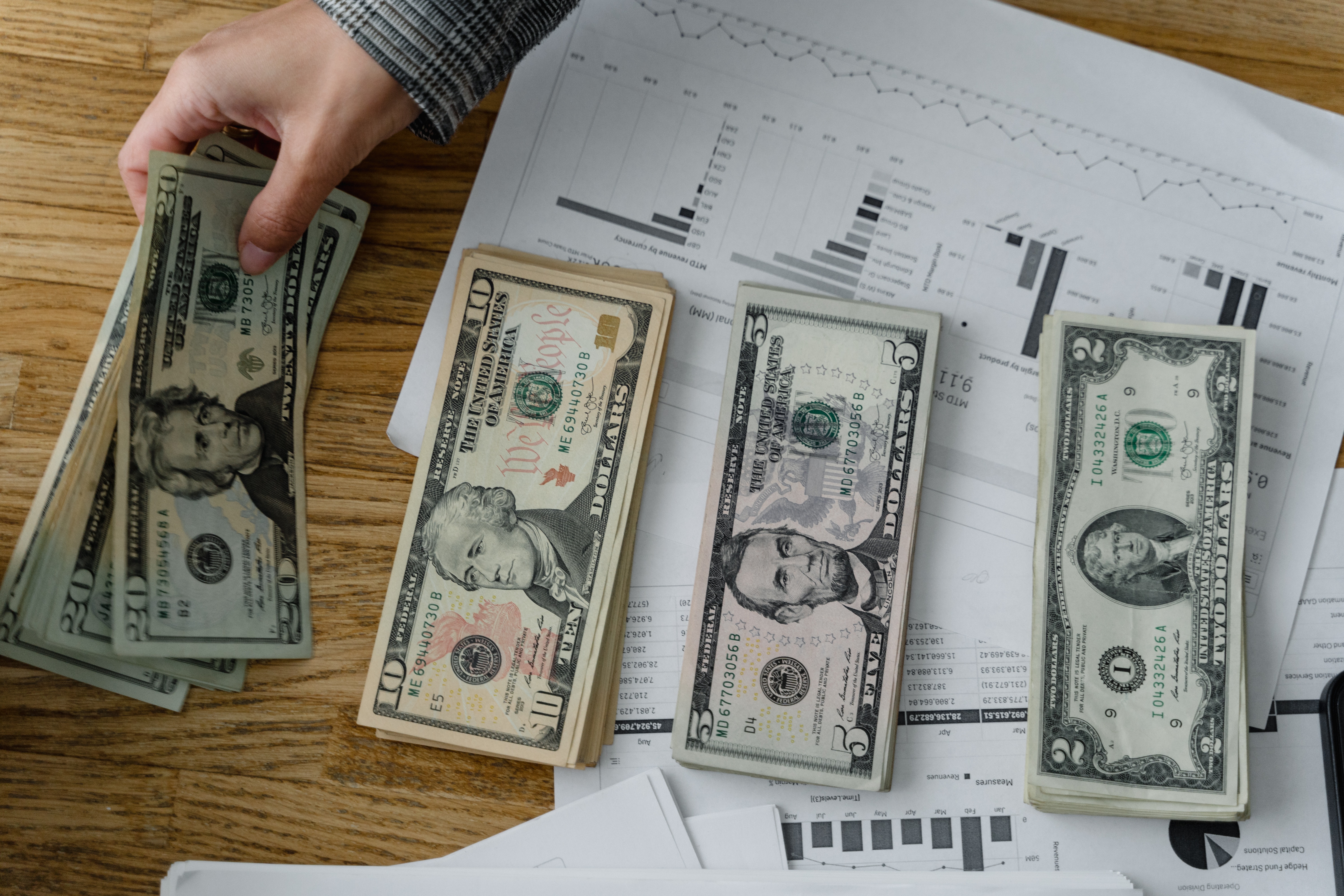 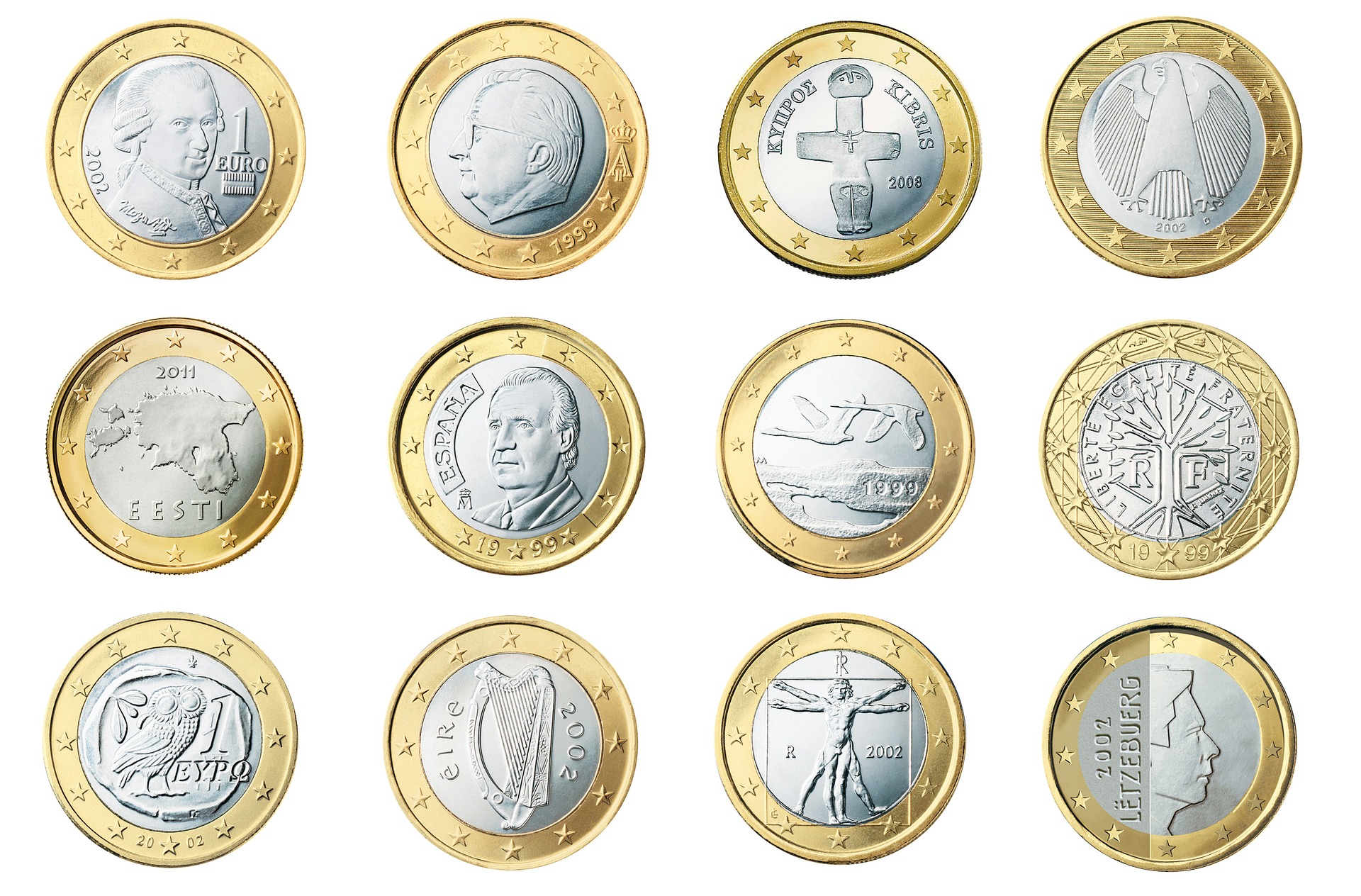 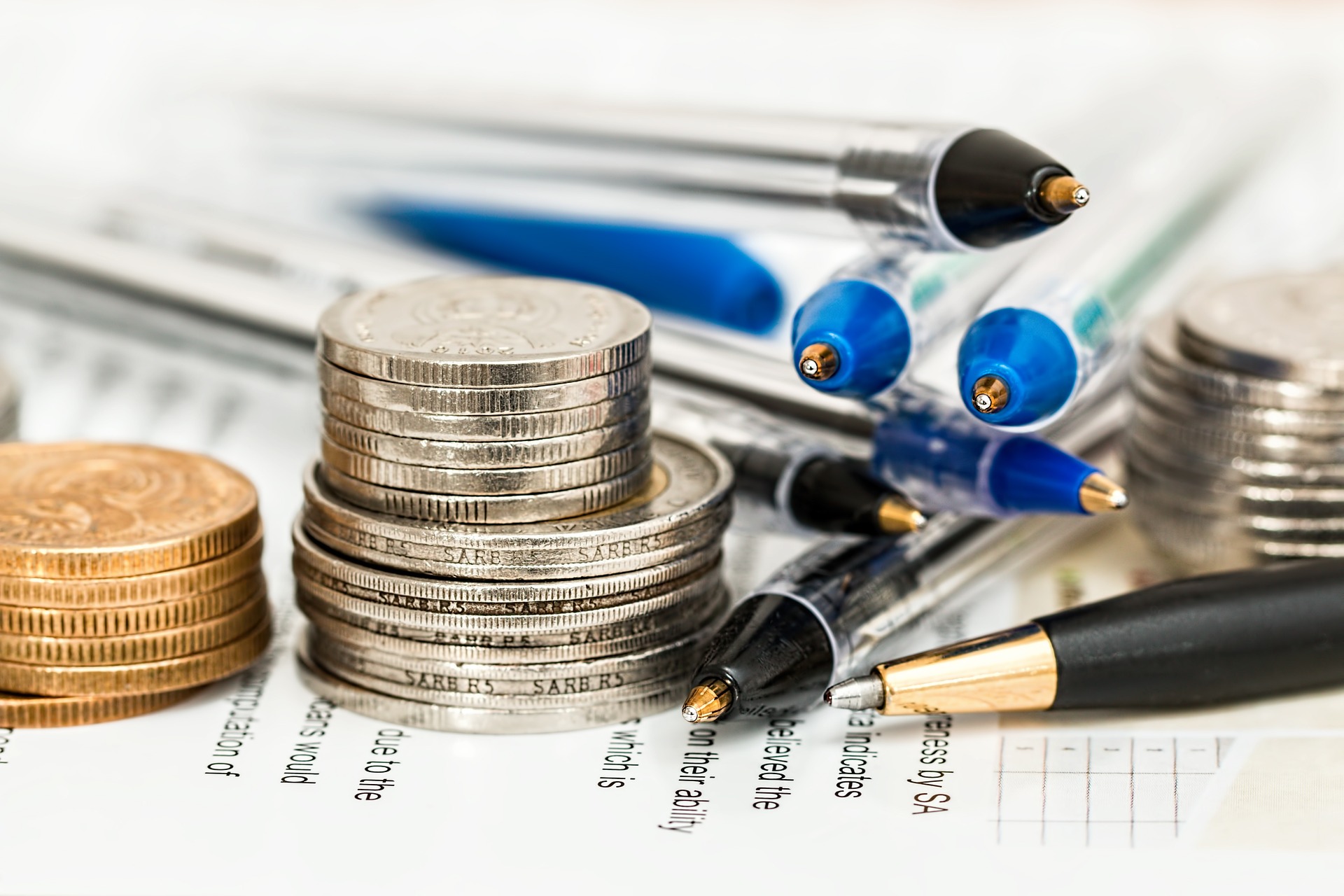